Next: Creating Graphs An Introduction To D3 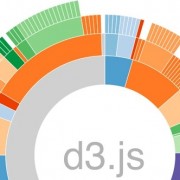 As you may or may not know the Ordnance Survey have been releasing some of their data for free for a while now. I wanted to have a play with it and as I am currently looking at d3 and d3 comes with built in support for geographic data, I thought it would be neat to render some of this data with d3.

The data can be downloaded here. For the purposes of the demo I have chosen some of the data from Boundary-Line, namely the outline shape file.

The vector data provided by the Ordnance Survey is currently only distributed in .shp format. Whilst being a great format, it isn’t really much use on the web in this format, so we need to convert the data to geojson. Geojson is an open format used for encoding simple geographic features.

D3 supports many data projections out of the box but British national grid isn’t one of them so we also need to convert the coordinates to lat/long before we can start using it. Luckily there are some free tools that can do all of this for us.

There are many other ways to convert the data this is just the easiest way I have found that uses free software. If you already have a convertor then you can skip this step.

Firstly as a prerequisite you are going to need brew. If you dont have brew installed you can install it by running this command:

Follow this guide if you get into trouble. Once brew is installed use it to install a package called gdal. Run the following command:

gdal or global data abstraction library is a geospatial data conversion library that provides a set of tools to easily convert your data. Once it’s installed navigate to your data and run the following command:

Reducing the size of the geojson

By default the data output for the outline of the uk comes in at about 8.1mb. That’s not an insignificant amount of data to hold in memory and then render. We should really see if we can reduce the data size. Looking into the documentation to ogr2ogr there are two parameters which should be able to help us.

Using these parameters we can modify the command to convert the data to:

Running this again and comparing to the original convert the file has been reduced to 3.9mb from 8.1mg a reduction of 4.2mb.

So now we have the data in a usable format and are ready to render. We just need to load the json file, select all the features and draw them on an svg canvas. The following code will do just that:

The two main sections of code to focus on are firstly the lines that load the json file and returns an object and the section that creates the individual paths.

Loading the file is done using the json loading support in d3 using the d3.json("file.json", callback) method. The callback then contains the json from the file accessible as a native object.

Once that has loaded we are then adding each feature from the json file as a seperate path to the svg canvas. The path is then created using the function path created at the top of the code snippet. D3 will automatically pass the data as the fist property so the line .attr("d", path) will be calling the path method with the current feature as the first parameter. This method is then transforming the map coordinates passed in into screen coordinates. This then gives us an outline of the UK.

Once the map has loaded initially you can then make changes to the scale and translation but this won’t automatically update the svg canvas. To do this you will then need to select all the paths within the svg canvas and re-run the path function for each feature:

Putting it all together

So now we should have a map thats not too big rendering on svg with the ability to move the envelope and scale to show various parts of the map. The final product can be seen here.